Being back in the marina has its advantages, but they're probably only psychological. I feel easier changing the engine oil and filter there (which I will do before we go out again), it's easier for Simon to come and fix the bowthruster problem (a broken, faulty solder - which he has fixed), it's simpler for Colin to visit to cure the diesel bleed from the injectors which he didn't quite cure last time (which he thinks he's got right this time). A water tap is just a metre from the boat. Elsan disposal is a two-minute walk. I can wash the boat with the hose, and use lots of clean water. As reported before, the washing machine on the boat doesn't run properly when driven by the inverter, so washing clothes is far more straightforward here, where we have a mains supply. I even feel happier finding and stopping the leak around the water pump in the marina than on the cut. Which we've done.

I don't think I'd make a good continuous cruiser! 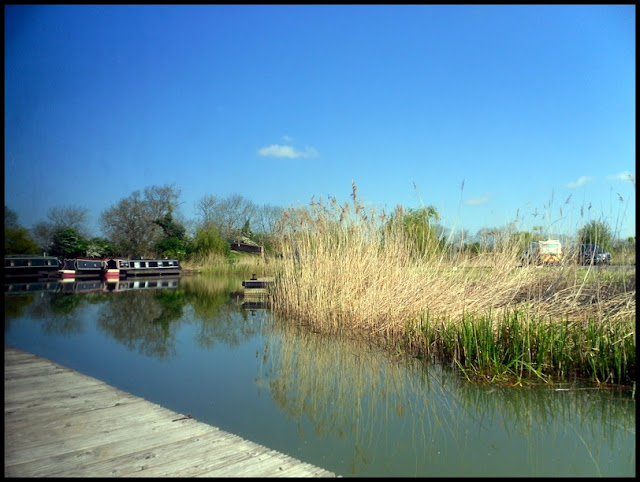 You've got a good idea now what we've been doing since we returned. And now that's all sorted, we're back at the house now, to do some landlordy things there, and to vote at the MEP elections. After that, we're spending a week in Kendal before going back to Kantara, (changing the oil and filter), and going out on another cruise. We then have Michelle spending a week with us, one or two friends coming for a day, and cat-sitting for a week, and we'll still have time to enjoy the Indian Summer on the cut.

Yes, there will be one.

In the time we'd been off down the GU, lots of eggs were hatched in the marina. Eight cygnets, three goslings (not yet photographed), and a number of ducklings that won't keep still long enough to be counted (and won't co-operate with the photographer!) We're still waiting for the moorhens. 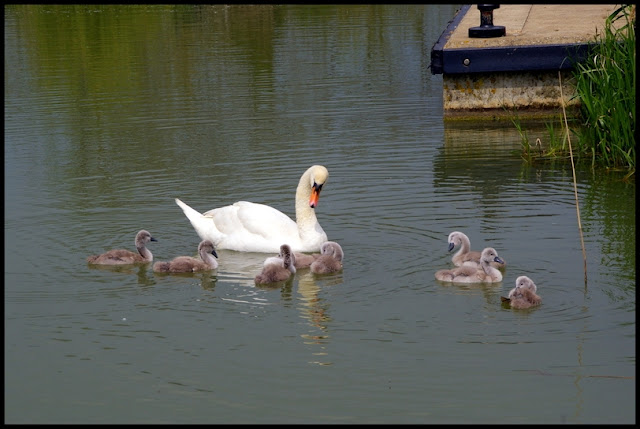 And the weather's lovely, and the sunsets are spectacular, and we're so blessed to be there. 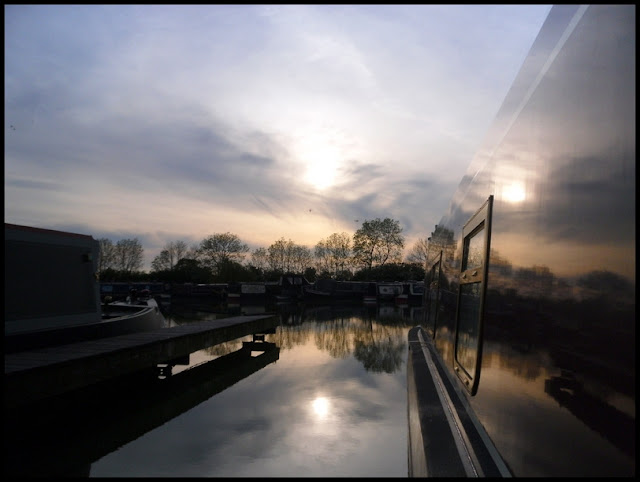 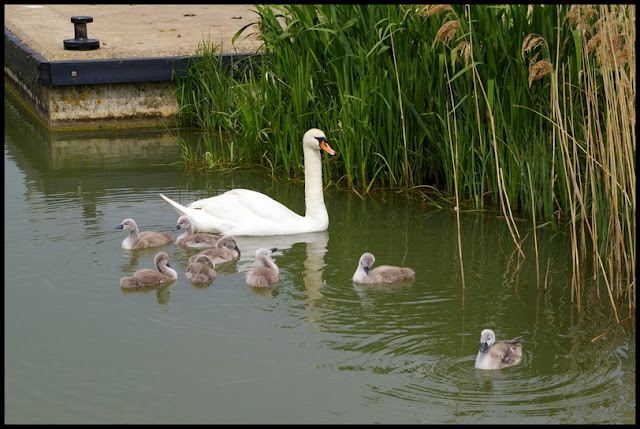 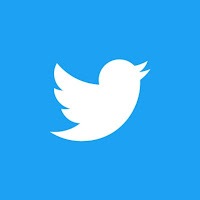